Just a few years in the past, Barclay and I abandoned the traditional teaspoon of sugar in our outdated long-established cocktails and switched to mixing them up with a touch of maple syrup instead. 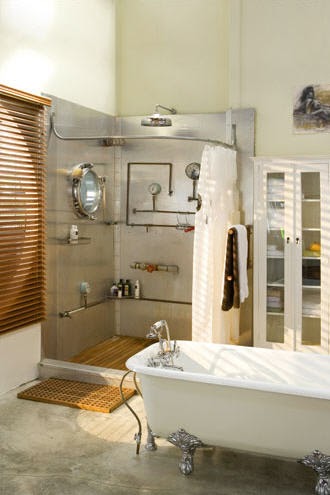 My favorite approach to make an old fashioned cocktail — good-high quality bourbon and bitters, a hint of maple syrup, and a beneficiant twist of orange peel. Time was when the affable and sympathetic bartender moistened a lump of sugar with Angostura bitters, dropped in a lump of ice, neither too giant nor too small, stuck in a miniature bar spoon and passed the glass to the client with a bottle of good bourbon from which mentioned shopper was privileged to pour his personal drink.

The Old-Customary is the spirited, delightfully unexpected story of this renowned and essential drink: its delivery because the ur-cocktail within the nineteenth century, darker days in the throes of Prohibition, re-ascension within the Fifties and Sixties (as portrayed and re-popularized by Don Draper on Mad Males), and renaissance as the star of the modern craft cocktail motion.

Add whiskey, then ice. Just a few years in the past, Barclay and I abandoned the standard teaspoon of sugar in our outdated common cocktails and switched to mixing them up with a touch of maple syrup instead. No single cocktail is as iconic, as beloved, or as discussed and fought-over because the Previous-Customary.

Welcoming heat that combines chocolate, coconut, blood oranges and natural barley sugar journey sweets. Once you think of Dante, you consider bitter Italian liqueur, so it makes sense that even of their Old Common, a typically whiskey-forward drink, Pacheco lets amaro steal the show.

The flowery latter points to the opposite extreme, where the bartender muddles a whole Carmen Miranda headdress and the squirt of carbonated water becomes a long spritz of Sprite. Express the oil of an orange peel over the glass, then drop in.

Add the bourbon, bitters, and maple syrup to the glass, and briefly stir to combine. Its formula is easy: simply whiskey, bitters, sugar, and ice. These days the trendy or ex-speakeasy bartender drops a spoonful of powdered sugar right into a glass, adds a squirt of carbonic to help dissolution, adds to that a splash or two of some kind of alleged bitters and a lump of ice, no matter measurement.

Over its early years, relying on who was making it, the Previous-Fashioned was complicated with different components (maraschino and orgeat and soda water). Made with whiskey (often bourbon), Sweet Vermouth & Angostura bitters (no syrup).